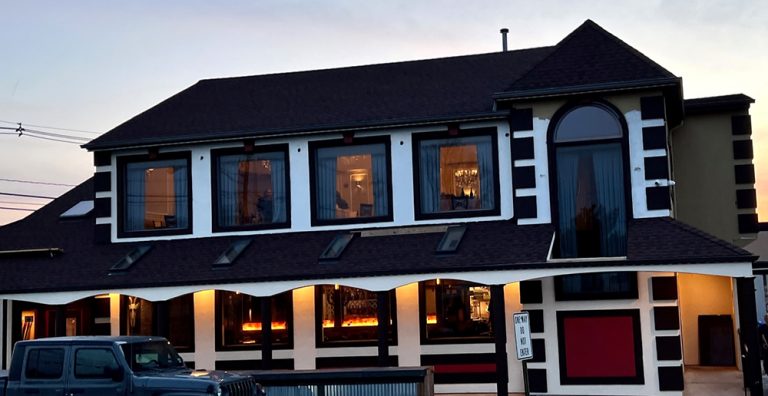 Chef David Burke has done it again, expanding his list of Monmouth County restaurants by purchasing the former Piero’s Italian Restaurant & Banquet Hall in Union Beach,  with an unnamed partner.

Burke plans to open an all-American dining experience by April of this year, complete with a 110-seat space, outdoor dining area, renovated bar, upstairs event space and even a food truck that will open during the summer months. They also hope to offer take out, as well as delivery, and will name the restaurant The GOAT.

Piero’s closed on Nov. 1, 2021. Along with renovations to expand the center bar area, the kitchen will become a partially open concept, exposing large wood-burning stoves for gourmet pizza. The restaurant will also feature an array of American cuisine, including burgers, chicken, pasta, salads and local seafood.

While Burke started his restaurant empire in New York, the New Jersey native is looking to make a statement here, at home.

“Our time in New York was great, almost four decades, but our focus now is to build a strong New Jersey restaurant company, and I’m always looking for more business opportunities in Monmouth County,” he said.

Burke also owns Red Horse in Rumson, and manages Drifthouse in Sea Bright for The Stavola Family, who have owned Driftwood Cabana Club where the restaurant is located since 1957.

Burke explained that New Jersey restaurateurs and food workers like to support each other, so in pursuit of that, he will be featuring a primarily local menu.

“We want to feature all local seafood, clams from the Raritan Bay, oysters from the shore, local produce and mushrooms, even beer from local distilleries in Monmouth County,” he said.

Burke grew up just 500 yards away from where the building stands at 1411 Route 36, and believes the area is in desperate need for sit down restaurants.

Much different from his previous ventures, he wants to provide a relaxed environment where locals can go and have a good time, at a more inclusive, bistro price range.

“It’s much simpler than Red Horse. … It’s a social place, not a fine dining restaurant,” he said. “It’ll be more of a go-to spot. We’re hoping it becomes a hang-out.”

While the space on the second floor caters to events of up to 80 people, Burke also hopes to offer fun theme nights, possibly involving dancing, comedy, games or food-focused gatherings, like a prime rib night.

“We’re going to activate that space separately from the restaurant, and make it more social like a modern food hall or buffet,” he said.

Although Burke and his partner have not pinned down a name yet, you can trust that you’ll see something “by David Burke” popping up soon.